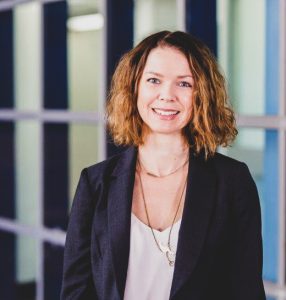 Kneecap pain and arthritis are a significant public health problem. Kneecap pain can have a major impact on an individual’s participation in work tasks, caring for children and dependents, and physical activity, each of which contribute more broadly to societal and financial burden.

Kneecap pain affects up to 30% of all adolescents and young adults, and tends to persist and not resolve with time. Importantly, kneecap pain is thought to lead to kneecap arthritis, which is more prevalent, more painful, and occurs earlier in life than general knee arthritis. Young and middle-aged adults with chronic kneecap pain appear to be particularly at risk of kneecap arthritis. Our work has shown that one-quarter of people with kneecap pain aged 26-50 years have signs of arthritis on x-ray, as well as worse function and quality of life compared to those without arthritis.

Because kneecap arthritis has no cure, it’s important that we shift our focus from managing arthritis symptoms to preventing the development and progression of arthritis in at-risk populations. Young and middle-aged adults with chronic kneecap pain may represent an ideal target for arthritis prevention strategies. This research project followed a cohort of people with chronic kneecap pain, who were recruited five years earlier into a study funded by Arthritis Australia. We aimed to determine how kneecap arthritis on x-ray and MRI changes over five years in adults aged 26-50 years with chronic kneecap pain, and how these structural changes relate to changes in symptoms and self-reported disability. Importantly, we also aimed to explore whether factors such as strength, knee alignment and walking patterns – which are potentially modifiable with non-surgical interventions – could predict progression of arthritis on x-ray or MRI over five years.

84 adults with chronic kneecap pain, who were aged 26-50 years, were recruited into the study between 2012 and 2015. They underwent a large battery of tests, including questionnaires, strength and  functional tests, alignment measures, x-rays and MRIs of their knee, and detailed assessment of their biomechanics and muscle function during walking, squatting and stair ambulation. At five-year follow-up, 62 (73%) of the original 84 participants completed the online questionnaires, and 45 (54%) underwent x-rays and MRIs of their study knee. The primary reasons that participants did not undergo the x-ray and MRI were a lack of time (e.g. 2due to work or childcare responsibilities), or because they no longer resided in Australia.

Ethical, referral and funding limitations meant that we were not able to conduct imaging in participants who were located overseas. The x-rays and MRIs are currently being graded by our international radiology colleagues, who will provide expert interpretation of the imaging data. This is the same team who graded the baseline x-rays and MRIs, providing important consistency across the five-year study period.

From the questionnaire data, we see some important findings that demonstrate the ongoing burden of kneecap pain and potential impact of kneecap arthritis. Participants who did not have kneecap arthritis at baseline tended to report the same levels of pain, symptoms, functional impairments and reduced quality of life as they did at baseline (5 years earlier), adding further evidence to the persistent nature of kneecap pain. Participants with kneecap pain who had kneecap arthritis on x-ray at baseline also had persistent pain, symptoms, functional impairments and reduced quality of life five years later, with worsening function on higher level sport and recreational activities. Importantly, the severity of their symptoms was worse than those without kneecap arthritis, both at baseline and at five-year follow-up. This highlights the importance of identifying ways that we can prevent the development and progression of arthritis in young and middle-aged adults with kneecap pain.